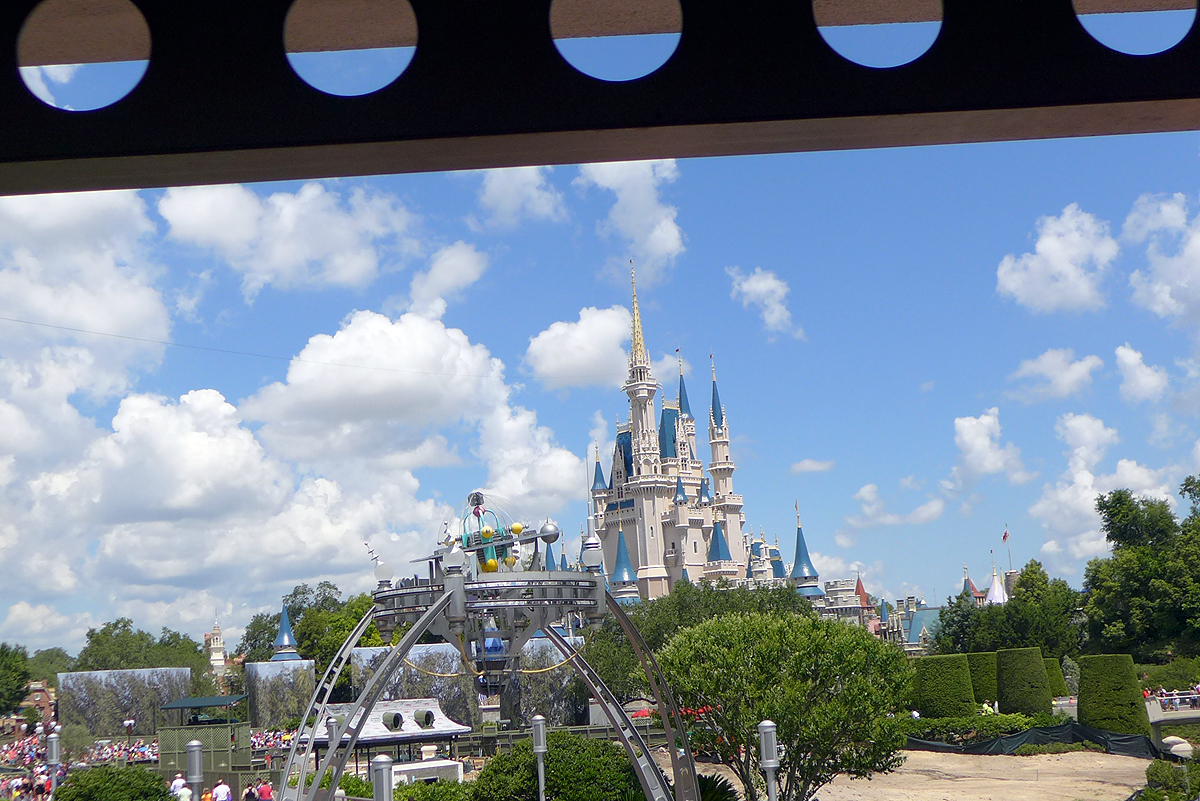 Today we went to Magic Kingdom. Everyone I talked to before we came down here told us we needed to be at the gates 30-45 minutes before the park opened in order to beat the heat and the crowds. Well, in theory that sounds easy, but in reality, it’s next to impossible with my family and the park opening time of 8:00 today. Somehow, though, we were on the ferry on our way from the parking lot to the entry gate at around 9:00.

Since we are coming back to Magic Kingdom again on Friday, we decided to spend the day in Tomorrowland and Fantasyland and go to Frontierland and Adventureland when we come back.

We rode Dumbo, the Little Mermaid ride, the Tomorrowland Speedway, the Tomorrowland Transit Authority PeopleMover (formerly the WEDway People Mover which was one of my two favorite rides when I went as a kid in 1977,) Buzz Lightyear’s Space Ranger Spin, and watched the Monster’s Inc Laugh Floor show and the Festival of Fantasy Parade at 3:00. 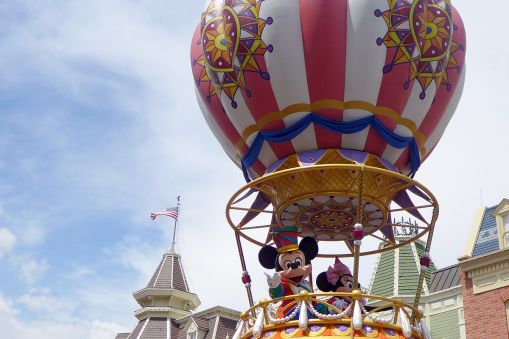 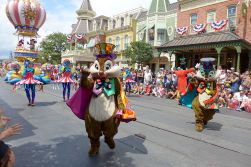 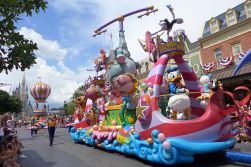 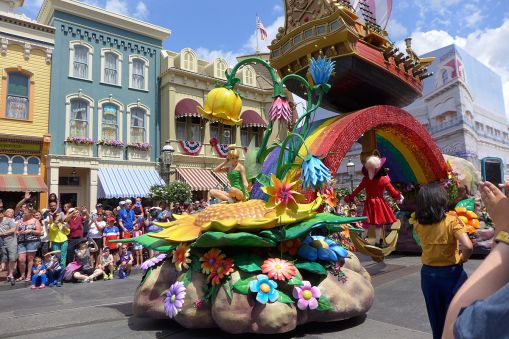 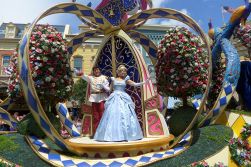 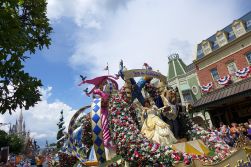 Before we left, we decided to take a ride on the Walt Disney World Railroad which took us on a slow tour around the entire park. Everyone was really pooped by that point but I’m glad we went on it since it gave us the chance to see some things we wouldn’t have seen otherwise.

After all of that we left to go back to our hotel and rest. We had a fantastic sushi dinner and then went back to the park with the intention of watching the fireworks at 10:00. Those plans changed, though, when we got there at 9:30 and Main Street was already jam packed with people waiting for the event. We opted instead to take advantage of the shorter lines while people were watching the fireworks and visit some characters and ride some rides. It was the PERFECT decision for the evening! We were able to see Minnie Mouse, Daisy Duck, Goofy and Donald Duck back at Pete’s Silly Sideshow, ride Dumbo 3 times in a row, see (and participate in!) Enchanted Tales with Belle, see Mickey’s Philharmagic, ride Small World and visit Tinkerbell and Mickey Mouse in the Town Square Theater on our way out.

The park closed at 1:00 and guess what time we left… just before 1:00! We had no intention of staying that long but once we got there we realized it was the best time to go – there was no 92 degree burning hot sun overhead and the crowds had died down so the lines were minimal.

It was a wonderful day!